Up Dates & Due Dates

Her CT two months ago went really well and they want to do another one in four months and then we’ll do them once a year after that.

The CT’s are tough because she has to have anesthetic for them up until the age of six, but compared to what we’ve been through, we can handle it.

The political situation regarding the surgical approach at BC Children’s Hospital became a bit more convoluted, but I’m pleased to report that they are reviewing their craniofacial protocols and it looks as though they’re bringing in a team to consult on future craniosynostosis treatments. I’m proud to have been a part of that change.

Ava’s head scars have healed beautifully and she’s actually getting some hair now! Her helmet came off at the end of August and the shape of her head looks great.

All in all, we’re optimistic that the future looks awesome and the worst is behind us…

Ava’s a cheeky little monkey with a very mischievous sense of humour and a determined and stubborn personality. She makes us laugh ALL THE TIME.

In February of the new year, we’re welcoming another baby into the family. I’d be lying to say I’m not terrified this baby will have craniosynostosis, but I know we can face whatever the future brings.

Recurrence risk is low, but it does happen. We’re doing detailed ultrasounds and checking for uterine constraint, but ultimately, we can’t prevent, just prepare. Because Ava’s BLSS craniosynostosis had no genetic linkage, we’re really just praying for the best with very little to go on.

So, with that said, I thank each and every person who’s followed the blog and offered support over the past year. If there are any relevant updates with Ava’s Journey over the coming months I will be sure and update. I’ll also keep this blog live for many years to come, as I’ve received wonderful feedback from other cranio parents. Please feel free to share this site as much as you wish!

It was difficult to type away at this keyboard, but I knew lots of you were cheering from the sidelines and that made it just a little bit easier.

As a family we chose to share our journey, and… in the end, it was the right thing to do. 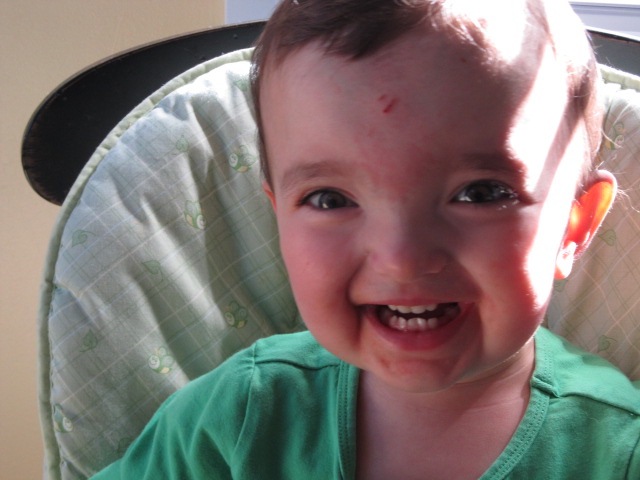 This entry was posted in Uncategorized. Bookmark the permalink.

25 Responses to Up Dates & Due Dates